One of the biggest misconceptions about creativity is that it is something we are either born with or not.

You either have it or you don’t.

But over and over again, we see examples of people without an arts or design degree who still make a tremendous impact on our world by building highly innovative companies.

It is true that some people are getting a head-start and creative thinking seems to come more naturally to them while others need to put more effort into developing their creativity.

But regardless, at the end of the day, everyone can learn to become more creative.

Creativity Is NOT A Hard Skill

The biggest reason why most people think creativity is inherited, is because it is hard to measure.

Compared to hard skills, where it is easier to observe visible improvements with enough practice, measuring creativity is not that easy.

If you compare Michelangelo with DaVinci , who would you say is more creative?

It is impossible to tell, because both were exceptional artists in their own rights. Therefore, when we compare ourselves to people like Elon Musk, who constantly come up with crazy ideas, we develop the impression that they are uniquely gifted.

Hard skills on the other hand, are much easier to measure. When you pickup pen and paper and draw a portrait of yourself for the very first time, it will probably not look very much like you. However, if you keep practicing deliberately, you will see significant improvements over time.

Scott Young, the author of Ultralearning , did an experiment over 30 days to see how much he can improve his artistic skills:

As you can see, he made huge improvements in just 30 days. But at the same time, does it mean he became more creative or did he just become really good at doing this one thing? As I already stated in my previous article : creativity is more than just your artistic abilities.

To better understand how creativity works, let’s take a quick look at the brain. Our brain is divided into two hemispheres.

It is commonly believed that the right side of the brain is responsible for everything creative because it is connected to areas like day dreaming , visualization , imagination or intuition . The left side in contrast handles things like linear thinking , mathematics , logic or analytics .

Based on these findings one might draw the conclusion that the right side is only reserved for artists, while scientists are left with the other side.

But it is not as black and white.

If it was, then it would consequently mean that the right side of the brain is less developed for non-creative people. Is that true?

Based on the fact that evolution has not eliminated the right side of the brain for non-creative people, shows that we are meant to use the brains to a full capacity and none of the brain hemispheres is favorable to the other.

Instead, both are meant to compliment each other.

Because creativity is a complex process that involves idea generation and validation ( divergent thinking & convergent thinking ), we need to activate multiple areas of the brain.

In a study , where 163 people participated in creative exercises and got their brain activity measured, it was discovered that a certain C reative Network existed that was highly relevant to generating original ideas.

Interestingly, this Creative Network was more pronounced in some people than others. People who achieved a higher “creativity score” had a stronger connection between those networks. But in the end, the network could be found among all participants.

Where Does Creativity Come From?

Creativity begins with a foundation of knowledge , learning a discipline , and mastering a certain way of thinking .

We learn to be creative by experimenting , exploring , questioning assumptions , using imagination and synthesizing information.

Ultimately, it is a symbiosis of experience and knowledge.

In order to become more creative, we need to expand our reality and start to ask more questions .

The reason why most people believe they are not creative is, because they are taking the status quo for granted and don’t ask enough questions.

If you don’t ask questions, then your brain will never activate the Creative Network to look for answers.

Creativity is not a hard skill you can learn like any other. You need to see it as a way of life.

You can’t learn creativity. However, you can become a creative person.

In my opinion, creativity is very similar to meditation. People sometimes wonder how long it takes to learn meditation?

The answer is none .

It doesn’t take anything to learn meditation, because you can sit down, close your eyes and start to focus on your breathing right away. Meditation is something that is already part of you.

So is creativity. You already have everything that you need and when you see yourself as a creative person, you can become creative almost instantly.

While you can switch your brain to be a creative person right away, it doesn’t mean you are already excellent at using your creative muscles. You need to practice.

Like with meditation and getting comfortable with quietness, it takes time for your brain to make the neural connections, so you can become more creative.

The baseline is, that everyone is creative and that it is such important part of us. Our brain is constructed in a way that it uses multiple networks for problem solving activities. Everyone of us has this Creative Network .

It is true that some people have a more pronounced neural connections in this network, which results in higher perceived creativity to the outside world. Nevertheless, with practice, knowledge and experience, we are all capable of strengthening this network and ultimately become better at creative thinking.

The most important step is to understand that creativity is in all of us . If we embrace creativity as a lifestyle and engage our brain in creative activities , we will be able to expand the neural connections and become creative powerhouses.

In the next Article, I will show you how to become more creative . 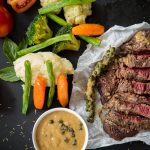 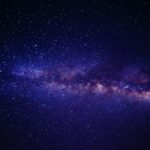 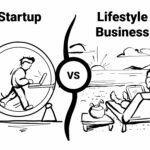 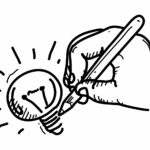 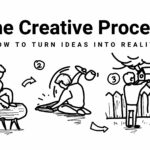