I’ve noticed, I’m a bit behind with my first quarterly update for 2022.

The start of the year has been a bit chaotic to be honest.

Every year in December, I take time off to plan my upcoming year. I set my overall goals and intention, then break it down into quarterly goals and eventually end up knowing my weekly targets.

And then in January, the universe is telling me to screw everything and surprises me with interesting situations to put my adaptation skills at test.

My initial plan was to stay in Bansko until the end of April. Since Andrea left Vietnam in June last year, we haven’t seen each other since. We were hoping to end this streak after the big holidays and finally meet up again in January with her coming to Bulgaria.

Then Omicron started reaching Bulgaria and only 3 days before Andreas flight, the US was put on the red list. We had to rethink our entire plan.

In 2 days, we came up with a backup solution and decided to go to Portugal instead. Rebooking flights was quite a hassle but like this wasn’t enough, we both got 🦠 right before our flights. This delayed our trip by a few weeks, but in the end, we came out with natural immunity and met up in Portugal successfully. Where there is a will, there is a way.

I was a bit sad leaving Bulgaria after 4 months. When I first arrived in September 2021, it took me a while to get used to it. But over time, I really started to enjoy the little town of Bansko and the nomad community. There were a lot of events happening towards the end and beginning of the year.

We decided that Porto would be our first destination because it was the easiest to reach for both of us. This wasn’t my first time in Portugal.

Four years ago when I started my location independent journey, Portugal was my first destination.

I felt amazing landing in Porto because I felt a sense of familiarity and got excited to show Andrea around and visit places that I’ve been to last time. I wondered if they were still there.

The first thing right after checking into our Airbnb, was to get Pastel De Nata. If you’ve been following my journey along on social media, you know that this is my favorite Portuguese pastry.

And even Andrea was pretty impressed.

After the first days of getting over the excitement and settling in, I realized that things have been a little different this time around because of the whole 🦠 situation.

As much as I love the welcoming and warm hearted Portuguese people, I found that they were very compliant when it came to regulations and restrictions that the Gov put on them. After coming from Bulgaria, where things were a little “lose”, I felt much more pressure and the sense of fear going around in Porto.

We went to a few restaurants and found it surprising how strictly they enforced the useless mask wearing and checking of QR codes to the details. At one place, they really wanted to make sure I’m wearing a mask at the entrance, only to take it off 30sec later when sitting down at the table 🤷🏻‍♂️. It takes no PHD to know that this makes no sense.

And in some restaurants, you could even still see the separation between tables with funny plastic shields.

And after enjoying a meal together while talking and laughing the entire time, people were very eager to continue the conversation with masks on 🤨.

It was fascinating for me to watch how natural this has become after 2 years into this. It made me wonder what else will they be able to force on us that makes no sense but yet, the majority of people will not question and just follow blindly?

But honestly, I can’t even blame people for this. It is the constant exposure to news that goes into the subconscious mind and programs people slowly over time and fills their consciousness with fear and anxiety.

It was shocking to me to see so many TV’s in restaurants with CNN running around the clock and bombarding people with fake news. It was such a normal thing for people to happily chew away their meals while watching news.

Heck, even while just doing laundry you can stay up to date with the latest propaganda…

I’m sorry but not sorry for mentioning all of this at the relative beginning of this quarterly update, but it is important to document what times we’re going through at the moment.

I’m hopeful that people are starting to realize this slowly now how much negative impact news has on us. Whenever I talk to friends from my old life in Germany, I’m getting happy every time they mention that they’re getting away from the news and start to focus on their lives.

We can’t control our environment, only what’s going on in ourselves. It is important that we start to realize that our inner world creates our outer world.

By going into higher vibrations, we ultimately impact collective consciousness and hence, impact our 3D world for the better. It is quantum physics!

But let’s not dwell on this topic for too long and focus on the good stuff in life.

In Portugal, Porto is one of my favorite cities. The last time I visited Porto, I could only stay for a week. It was enough time to go through all the touristy things, but not enough to get a feeling for daily life.

This time, Andrea and I were looking for a place to stay for a few months. We found this nice little Airbnb right in the center of Porto: Cedofeita Mezzanine with Terrace.

It felt great knowing that we didn’t have to move for the next months. Being location independent can be very stressful at times, especially if you have to handle client work, personal projects and travel planning all at once. Knowing that we would stay for 2 months gave us the mental space to build a productive routine while enjoying the city.

I will just let the photos speak for now.

One of the Must Do’s when traveling to Porto is visiting the beach side in Matosinhos. The coastal walk is absolutely stunning and if I would move to Porto, this would be the place for me. Not only is the life much less hectic compared to the center of Porto, Matosinhos feels much more spacious and the sea food is the freshest you can possibly get.

We had a lot of fun living in Porto and there are so many more moments that I can possibly share in this quarterly update. The great thing about living in Portugal is that the country isn’t really that big. So we decided to escape Porto for a long weekend and take the train to Lisbon…

Lisbon was very high on our list to visit. Of course, it’s the capital city. But apart from that, we just love Phil Rosenthal exploring Lisbon in his food show on Netflix called “Somebody Feed Phil” and wanted to follow his footsteps in Lisbon.

Lucky for us, we also had a friend whom we knew from Chiang Mai being in Lisbon at the same time and offering us a place to stay.

The trip from Porto to Lisbon was only around 3h. We booked a train ticket on Cp.pt and took the Alfa Pendular because it was slightly faster than the old train. During the week, the train was super empty.

Did I mention that we ate a lot too?

Lisbon treated us really well and we really wanted to go back because a long weekend wasn’t really enough time. We missed out on visiting Sintra and Cascais, but will put this on the list for next time. After Lisbon, we went back to Porto until the end of March when our lease would come to an end.

Last year, I spent lot of time on personal development and joining programs to accelerate my personal growth like TCP. For this year, I decided to slow down a little on coaching and focus on applying the content that I’ve learned during that time instead of soaking up more content.

My biggest area of work at the moment is expanding my prosperity consciousness and working on my inner peace, regardless of circumstances. It is an ongoing process but I feel much more at ease living my day to day life and reducing stress.

Here are things that helped me working on the topic of abundance:

After the busy Q4 season, I expected that sales would go down quite a bit in Q1. Since I’m a few years into eCommerce now, I have some data of previous years and can make a rough prediction of where things go.

However, since we are living in unusual times, I don’t spend too much time on predicting future patterns and just let things play out.

To my surprise, the revenue and profit curve went down much steeper this year compared to the same period last year, even though I had more products (=more exposure?). I can’t really explain why this happened, but can only make assumptions that people tend to go into saving mode during these days with all time high inflation and increasing living costs while earning the same amount of salary.

I’m not really worried about it and focus on doing the best I can on a daily basis to grow my business for the upcoming Q4.

Besides that, I started to expand my reach by creating my own shop in order not to solely rely on Etsy. I saw the first organic sales coming in without spending a dime on Ads, which is a wonderful sign.

At the time of this writing, we actually moved from Porto to the south of Portugal. Our lease in Porto was coming to an end and we couldn’t find a place to stay in Porto anymore because Airbnb prices in Portugal are currently out of control everywhere.

We first planned to go back to Lisbon, but Airbnb prices were even more extreme there with the cheapest option being a tent for 700€ a month! This was really a blessing in disguise because it made us move down south to Portimao that we never thought of visiting.

It turned out to be a place we really enjoy. We decided it would be the place were we gonna stay for the rest of the time in Portugal, but more on that in the next update. I hope you enjoyed this quarterly update and felt inspired to visit Portugal when travel restrictions are easing. It is a great country after all and after the first weeks of our stay, many restrictions were dropped and it made me feel much better. I hope it stays like this.

Until next time ✌️ 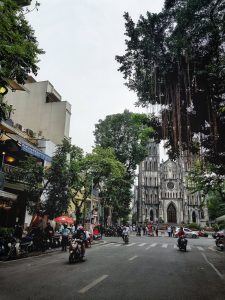 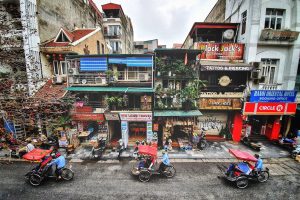 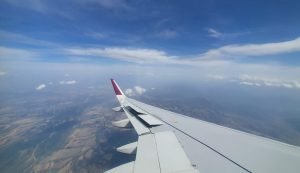